Originally published across months on SoFurry and Fur Affinity, Your Lancer comes to itch.io with a snazzy reader and new content.

Follow the story of Alexis, a young golden jackal who has a meeting with his idol, the wolf captain Pyrrhos. When the lupine gets the chance to enter a special branch of the army featuring pairs of male soldiers, the youth seeks the chance to join and become Pyrrhos' partner. After a meeting in the arena, their lives change forever.

If you have it installed on your device, you can toggle the dyslexia-friendly mode on the right-side menu.

How is this a visual novel wen theres nothing but text ? I really though it needs to have images/backgrounds and sprites/characters to be called a visual novel.

There is nothing visual about it, its just the same as reading a book.

Dude, you literally took the time out of your day to try and find a furry visual novel just so you can comment about how you hate it and the ironic part is that you called the creator a loser when it seems like you have nothing better to do with your life lol.

LMAO, I have no idea what the op said but that was a sick burn nice job!

Holy moly... I don't even need to read the remaining chapters!~ This is too good! :O

Edit: Just finished reading the other chapters of the story. It was short, but extremely well-written: the unspoken was probably utilized in a number of ways that I never even expected, and to have such a talent as this make's the writer's audience a captive one.

I even liked the format of this: it was purely literary, so few if any images whatsoever, but they weren't needed. Not only was the format of the writing easily digestible, and not only that, but palatable as well; but also, the imagery was on point, and even exciting at some points, whilst simultaneously keeping with the overall mood of the setting.

To possess such a balance in writing is a skill that I myself find myself actively taking mental notes upon, even as I write this! Holy moly, this was one heck of a journey to read! Very powerful too! I love that you demonstrated the morality of your characters through actions rather than words!

I even loved the way you fleshed out your villainess, so as to dispel the stereotypes that most furry visual novels I've seen seem to have about literally half of their female characters, and I for one, stood corrected as I solemnly judged what I thought was going to be yet another one, before reading on and being promptly corrected! This is truly amazing!

If there's one critique I have for the author though, it's that they are actually really good at adding context where there is none, and yet they don't do enough of it! It's such a shame, really! I was so confused as to who exactly was darting glances at the MP and why! Not that there was anything wrong with that little detail, but it would've made the connection all that much clearer what was actually happening within the story, if that were clarified a bit more.

Thank you for taking the time to write this! It means a lot to hear people enjoyed the series.

Ofc~! I really genuinely thoroughly enjoyed reading that! Albeit I'm not the most skilled writer by a longshot, I nevertheless hope that my critique of your writing helps with improving it! I mean, your writing is truly amazing as-is already! May I ask what got you into writing in the first place?

Well, I got really into Furry Visual Novels in the second half of 2019—especially Minotaur Hotel—and learned my enjoyment of reading through that. On Christmas 2020, I wrote my first text: a Minotaur Hotel Christmas Fanfic. After that I wrote many short stories. Then later, I made my projects here on itch.io. I still write short stories on SoFurry and FA, but I plan to make a Visual novel of my own soon.

That's amazing! Thank you for sharing! Also, sorry for the late reply. I wish you the best of luck & fun with your visual novel.

After finishing the first 2 chapters, I can't wait but to head to sofurry to read the rest. This is so far a really really good short series and It got potential to become a novel. There are still so much you can use to exploit to make the story bigger, like the city which the concept is placed in, how people would react toward the couple if they find out, more thoughts of Ianthe and Chalkinos, the struggle of wars, spring training session and so on... And I'd love to read more story about that lovely cannies couple :))

Hello, is this playable? Because in my phone i didn't see any apps on the download section of this website. I'm confused

Hi! Yes there's no "application" to run. You can either run from the page itself or download the .zip, extract it, and then run index.html file. 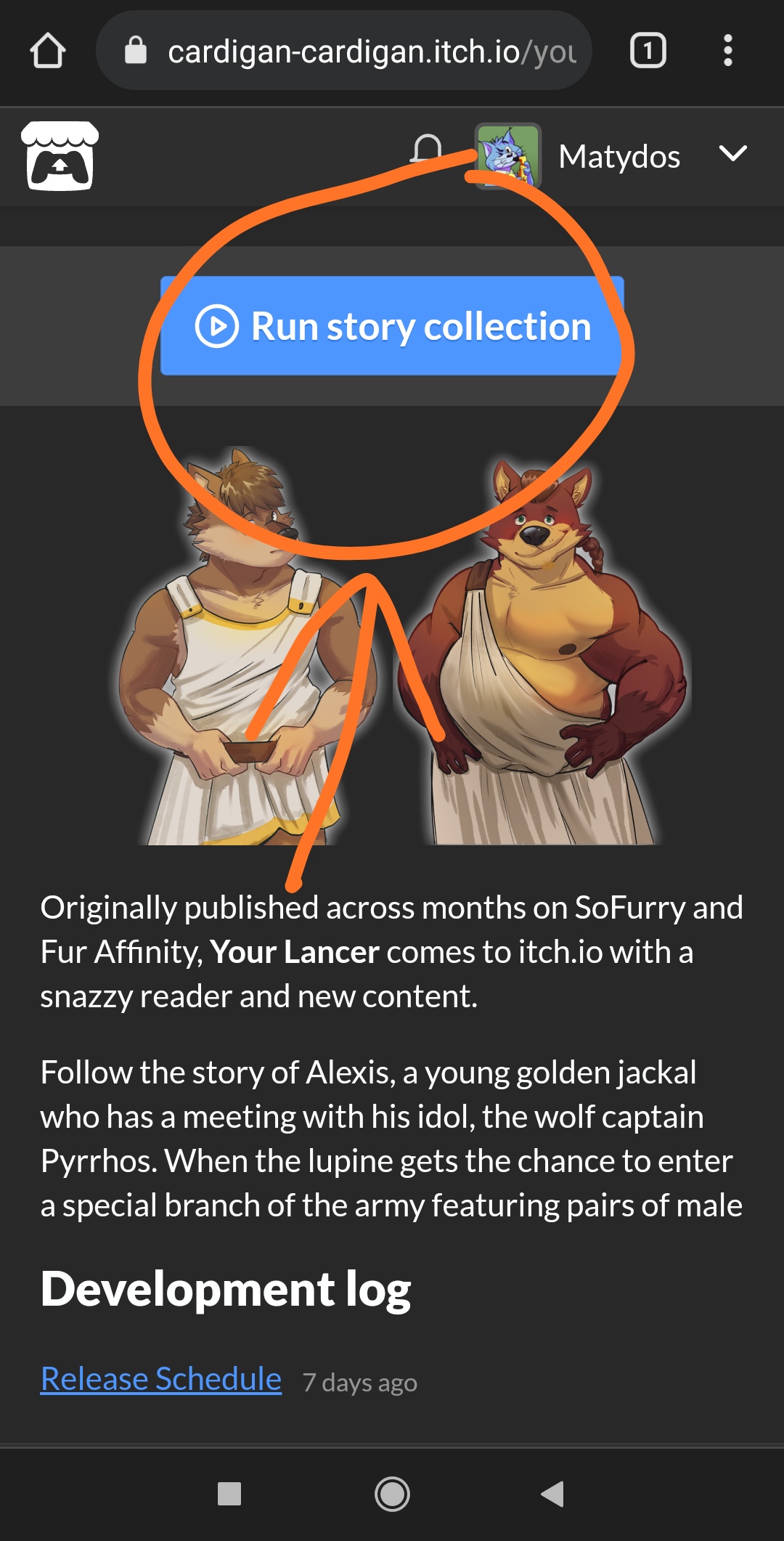 Sadly, the engine Your Lancer uses isn't very good with handling music (if it handles it at all, actually), so...

In case you want a musical backdrop while reading the story I went ahead and selected a handful of historically-authentic tracks.

PVGNATE II (the first half of this one kills me)

I just realized I could embed the videos here directly, so here it goes. That should make it easier to listen to them while playing.

And the other two:

Since we are getting Chapter 2 later this week I think it's time for another selection of juicy songs.

To celebrate the Epilogue, here's what may be my final batch of songs — this time expanding a bit away from Roman tradition. Enjoy!

This was a fun read! I'm looking forward to more.

So damn hot.. I wish i could say more, but my mind is as filled as theirs with all the details!

So far so good. Looking forward to more :)

I don't know if it's the way i read or the story itself but everytime when I'm reading your work, i can easily put myself in that imaginary world you've built by words to see it as if i am there. I absolutely love it! Can't wait to read more of your works!

Really love this one. Thanks for all your works.

this sounds very interesting, let’s see where this takes us :•)

i feel very, VERY early to something so grand! Congrats!!

Congratulations on the release!
Reply 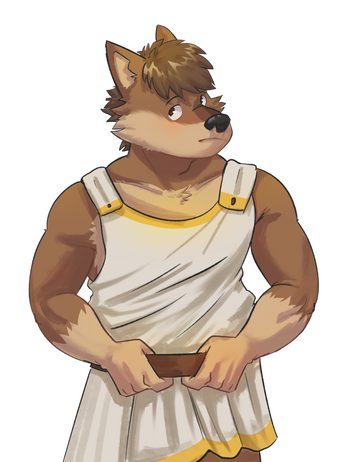 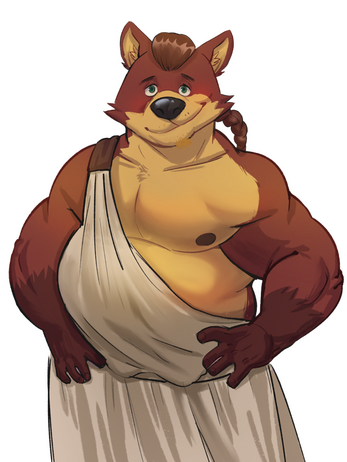